Awfully Devoted Women: Lesbian Lives in Canada, 1900-65, Cameron Duder (UBC Press, 2010) Selected for the 2011 Over the Rainbow Book List, a Book List from the Gay, Lesbian, Bisexual, and Transgendered Round Table of the American Library Association, and for the 2011-2012 BC Books for BC Schools list, selected and evaluated by teacher-librarians (Association of Book Publishers of BC).

Duder, an independent historian and scholar, has amassed a terrific collection of archival, print, and oral histories, to produce this important work – the first comprehensive study to document the history of lesbians in Canada prior to the mid-sixties. Well versed in the transnational literature of lesbian histories, this book provides a welcome addition to both gendered and sexuality histories. Conversant with contemporary scholarly debates about sexual identities and challenges inherent in writing histories of people who never claimed such “identities” (as explicitly lesbian actors) Duder’s study eschews these debates in favour of concentrating on historicizing the lived experiences. Tracing the development of sexological literature, and the histories of romantic friendships amongst women, Duder provides an excellent model for other historians of sexuality to follow…

Awfully Devoted Women is one of the first books to document lesbian sexuality in Canada prior to 1965, and is a fascinating and inspirational read for those engaged in the study of history, sexuality, and gender.

In this ground-breaking book, Duder (History, Capilano University) draws back the curtain from the lives of lesbians who grew up in English Canada before 1965. Relying mainly on correspondence, journals, and oral histories, the author looks at relationships between upper-class professional women during first three decades of the 20th century, and at those between lower-class women from the end of the Second World War to 1965. The world of private relationships, house parties, and discreet social networks revealed by this book challenges the idea that close relationships between women during these years were non-sexual, and shows the amount of courage that it took for women to explore same-sex desire decades before the existence even of lesbian bars, let alone the gay liberation movement. Engagingly written, this book will appeal to scholars of Canadian history, women’s history, and the history of sexuality, as well as to many general readers. Distributed by UTP Distribution. (Annotation ©2010 Book News Inc. Portland, OR)

“Public Acts and Private Languages: Bisexuality and the Multiple Discourses of Constance Grey Swartz.” BC Studies 136 (Winter 2002/2003), 3-24. Awarded the 2003 Hilda Neatby Prize for Best Article in Canadian Women’s History and the 2004 Award for the Best Article in the History of Sexuality in Canada. Also selected for the BC Studies 40th Anniversary Audio Archive of most popular articles.

“In selecting this article from a pool of particularly strong nominations, the jury highlighted the essay’s originality, offering as it does a way to think about the complexity of sexual identity in the past. The jury was also struck by the literary qualities of Constance Swartz’s journals, something reflected in Duder’s own narrative, and which lends to the essay a personal, intimate voice too often lost in studies of sexual regulation.” Canadian Committee on the History of Sexuality. “In a very strong competition, this article impressed committee members with its innovative theoretical discussion and use of one woman’s personal writings to make a major intervention in the history of sexuality.” Canadian Committee on Women’s History

“…a groundbreaking study…” Heather Murray, University of Toronto Quarterly 77,1 (Winter 2008). “There are some especially acute readings of the politics of professordom, including Cameron Duder’s tale of same sex partners flying under the academic radar…” Karen Dubinsky, Academic Matters, April/avril 2007. 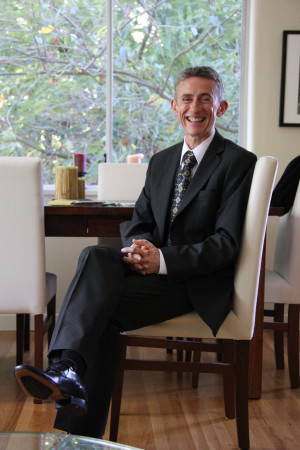